What is the best bird deterrent?

When birds intrude into areas where they cause problems, they fall under the label of pest birds. Pigeons and gulls are two of the main culprits, although starlings, geese, rooks, crows and jackdaws can also become a nuisance, bringing diseases and or damaging buildings.

Finding what is the best bird deterrent depends on the type of pest birds and their habits, the environment and location, along with the structure or building where they are roosting or residing within. 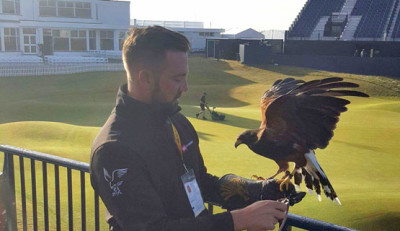 This is a natural method of bird control using nature’s instincts, as birds such as pigeons or gulls recognise the natural predators (which are specifically trained not to be hunting birds) and they will avoid conflict with hawks and falcons as a result.

Falconry is a good bird deterrent if bird proofing isn’t an option due to safety or a buildings listed status. Alternatively, it can also deter nuisance birds in a wide-open areas, such as a landfill sites or farmland.

Bird of Prey Case Study - A local council had problems with gulls in a derelict building, where they were creating issues such as noise 24-7, contamination and bird attacks for people living and working close by. Falcons were introduced which made the gulls feel threaten and they changed their behaviour, opting for another safer more suitable site to build their nests.

Bio-Acoustic bird deterrents use the bird distress calls or predatory bird calls to disband nuisance birds. Using either fixed, handheld or automated bio-acoustic methods will work on species such as gulls, crows and geese.

Bio-acoustic bird scaring is one of the best bird deterrents to use as part of airport bird control to prevent bird strike incidents. While bio-acoustic products also work well for industrial estates, manufacturing or storage facilities, city centres, ports and dockland areas.

Gull Problem on Industrial Estate Case Study – An audio distress system was installed on an industrial estate which was plagued with gulls nesting on roofs, dive-bombing people and causing a mess. This saw a change in their behaviour with many birds moving to new homes, even just after one season. 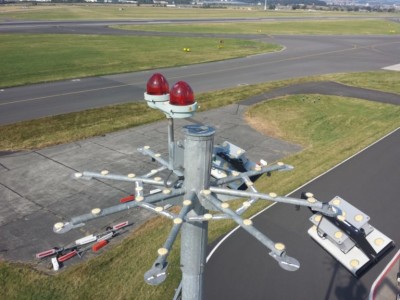 Bird gel is a revolutionary new bird deterrent, developed by scientists, using food-grade natural oils to deter pigeons, gulls and other pest birds. It’s harmless to the birds, and gives off an ultra-violet light, appearing as flames to them. In addition, the birds hate the natural oils’ smell and taste, giving you one of the best bird deterrents available.

Bird gel can be used at commercial sites including airports, railway stations, docks, bridges and many other locations where nuisance birds are a problem.

Starlings at Glasgow Airport Case Study - Starlings had begun flocking to the airport and using the lighting columns as a night time roost, so a quick solution was needed. The lack of surface area to affix bird proofing to, meant that bird gel was ideal to use on the lighting columns and the starlings moved on quickly.

Laser technology is an effective but harmless bird deterrent for pest birds, such as jackdaws, crows and seagulls who view the laser beam as an approaching danger and instinctively move away from the area. The birds are unharmed as the laser bird scarer is non-lethal and with a range up to 12 km2 from one position, they are the best bird deterrent for large areas such as roofs and hillsides.

Avishock, an electric bird deterrent system uses technology similar to electric fencing used for livestock. It is effective when used on ledges, parapets, business signage, beams, girders and roof hips to deter nuisance birds by giving them a small shock when they land on the track. The system is designed to be versatile and durable and is viewed positively by Natural England, the RSPB, RSPCA and SSPCA.

Our bird management experts can provide the right advice as to the best bird deterrent for your pest bird problem. To find out more, talk to a member of our team by calling 0333 567 2020 or book a site survey today.