When it comes to foxes, opinion is divided but the fact remains they have become a nuisance in urban areas, to both businesses and residents. The encroachment of urban sprawl and the readily available food sources have attracted foxes, who are expert scavengers. In fact, some fox populations are becoming higher in some urban areas than in nearby rural areas!

Red foxes are primarily active at dusk and night. Although primarily carnivorous, foxes will eat anything from berries to rats. They’ll will also, of course, eat discarded takeaway and food waste from rubbish bags and can often be found at landfill sites, parks, school fields and refuse areas.

Foxes are protected under a series of wildlife protection laws against poisoning, gassing, asphyxiating, maiming, stabbing, impaling, drowning, clubbing and most forms of snaring. Anyone carrying out such acts subject to 6 months imprisonment and/or £5,000 fine per animal.

Nuisance foxes can be: 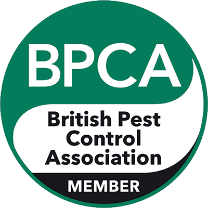