Rodents are a significant hazard to health. Rodents carry a number of nasty diseases which are of significant concern because they want to live in our presence. Some of these diseases can spread to humans directly through contact with faeces, urine or saliva.

Rodents carry a wide range of disease-causing organisms, including many species of bacteria, viruses, protozoa and helminths (worms). They also act as vectors or reservoirs for many diseases via their ectoparasites such as fleas, ticks and mites, as well as some diseases carried by mosquitoes. 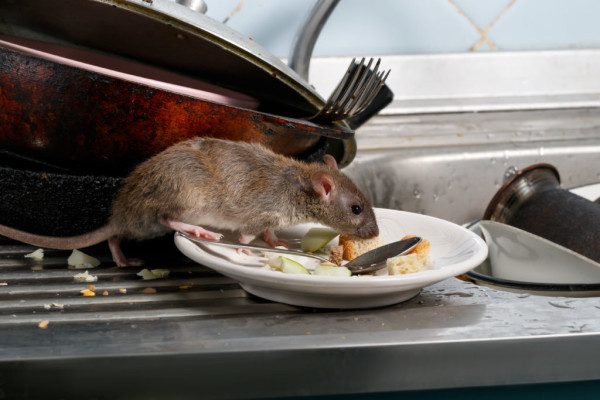 Salmonellosis: A symptomatic infection caused by bacteria of the Salmonella type. The most common symptoms are: diarrhoea, fever, abdominal cramps, and vomiting. Symptoms typically occur between 12 – 36 hours after exposure, and last from two to seven days.

Leptospirosis: An infection you can catch from animals, however it is rare in the UK. Leptospirosis is spread in the urine of infected rats and mice. Symptoms of Leptospirosis show in around 7-14 days and can include mild to severe flu-like symptoms.

Weil’s disease: In some cases of leptospirosis, a more serious form can develop (around 10% chance), called Weil’s disease. This can result in organ failure, internal bleeding and death.

Rat-bite fever: Caused by two bacteria Streptobacillus moniliformis and Spirillum minus. In infected rodents the bacteria are present in rat faeces, urine and secretions from the mouth, nose and eyes. It is usually caused by a bite or scratch from an infected rat or other rodents such as mice, squirrels and gerbils. It can also be caught by handling infected animals and ingesting food or drink contaminated with rodent faeces or urine.

Not only do rodents pose significant concern in terms of spreading disease, rodents gnawing and chewing on electrical wires can have serious health and safety risks including the potential risk of fire at your home!

It’s important to try and keep rodents out of your home to avoid potential health risks, we’ve created some tips to help you here.