With a £500 Prince’s Trust grant, John Dickson, managing director, founded NBC Environment in 1993. Initially, the company centred around bird control using falcons, but it has since grown into a nationwide, full-range pest control servicing business employing over 100 staff. Bird and wildlife management consultancy, such as the recently finalised predator rat eradication feasibility study on the Channel Islands, still remains a specialist core activity.

Commenting on the sale, John Dickson said: “We have a great team at NBC Environment who are all passionate about what they do. Customers recognise this, and as a result we have performed very well in recent years, growing both revenue and profit to significant levels. Together we have achieved so much.”

He added: “However, NBC is an ambitious company and capable of much more. I recognised this and felt it was time to find a platform from which the company could realise its true potential.”

John continues: “I could see Orkin’s ambitions, and most importantly their culture, are aligned with our own. Their commitment to staff has been demonstrated by their approach to Safeguard and the other UK pest control businesses they have recently acquired. It was therefore a relatively easy decision to decide to align NBC with this family of Orkin businesses. I am confident this is a positive move, not only for the staff at NBC, but also our loyal customers.”

Matt Turek, division president of Orkin International stated: "The acquisition of NBC is our largest acquisition so far in the UK. To date, the companies we have acquired have been based in and around London and the Home Counties, but with the addition of NBC Environment, we are now delighted to be able to offer customers nationwide coverage. This represents a significant expansion of our activities in the UK.”

“Both Orkin and NBC share a culture of exceptional customer service and we recognise that their bird and wildlife management activities are unique. We are delighted John and his team will remain with the company, and we look forward to learning and sharing best practices." concludes Matt. 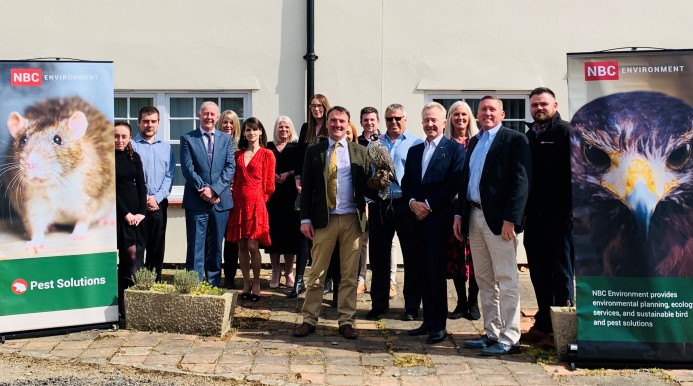